Andreas Stavropoulos is new president of the EFP

Home AktuellesAndreas Stavropoulos is new president of the EFP 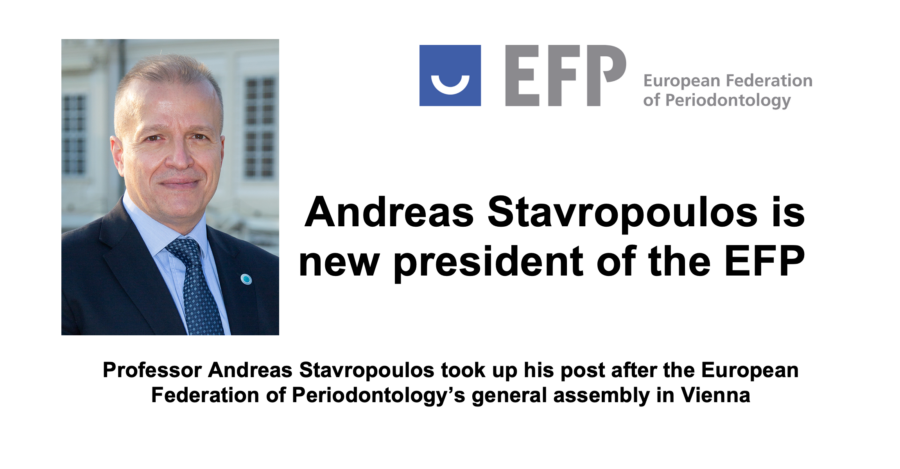 Andreas Stavropoulos is new president of the EFP

Brussels, 6 April 2022. Professor Andreas Stavropoulos (Malmö University, Sweden) is the new president of the European Federation of Periodontology (EFP), a non-profit organisation dedicated to promoting awareness of periodontal science and the importance of gum health.

Andreas Stavropoulos was born in Greece, where he studied dental technology and dentistry, before receiving postgraduate training in periodontology and implant dentistry at Aarhus University in Denmark. From the same university he later earned his PhD, mentored by the late Prof. Thorkild Karring, and his Dr. Odont. degree based on studies of guided-tissue regeneration and bone-substitute materials for treating advanced periodontal defects and in combination with implants. After almost 16 years in Aarhus, he was recruited to Malmö as Professor of Periodontology.

Prof. Stavropoulos has won several awards for his research, has authored many scientific publications, and is also a member of the editorial boards of several scientific journals, including Journal of Clinical Periodontology and Clinical Oral Implants Research, as well as acting as an ad hoc reviewer for several others.

In a message to EFP members, Prof Stavropoulos says: “We should not let minor differences and special interests divide us – we should stay united and continue jointly working for the pan-European recognition of periodontology as a dental specialty, for the benefit of patients.”

He notes how the EFP is completing its clinical practice guidelines for the treatment of periodontitis and how it is now working on the guidelines for the treatment of peri-implant biological complications. “This was a major project, which was only possible due to very hard joint work of a dedicated group of experts from all around Europe and beyond,” he adds. “We’re convinced that these EFP S3-level clinical practice guidelines will have a positive impact on the health of patients across the globe.”

He also looks ahead to EuroPerio10, “the global congress of periodontology par excellence”, which takes place on June 15-18 in his hometown of Copenhagen where the periodontal community will finally be able to “meet again, enjoy the presentations and discussions, the scientific confrontations and debates.”

The EFP’s general assembly, held in Vienna on March 26, also elected Spyros Vassilopoulos (Greece) as a new member of the executive committee and future EFP president for 2025-26. Bettina Dannewitz (Germany) has become the new chair of the communications committee, and Andreas Stavropoulos (Sweden) – in addition to his one-year presidency – has become chair of the scientific affairs committee for the next three years. Current secretary general Nicola West (UK) and treasurer Monique Danser (Netherlands) were both confirmed in their posts for a second three-year term. Effective next year, Nikos Donos (UK) will become chair of the postgraduate education committee succeeding Moshe Goldstein (Israel).

During the general assembly, the members societies approved some major new initiatives, notably the launch of the donation campaign ‘Help Ukraine‘, in collaboration with the WHO Foundation, to deliver urgent healthcare to people in Ukraine and to refugees who have fled to other countries.

The European Federation of Periodontology (EFP) is a non-profit organisation dedicated to promoting awareness of periodontal science and the importance of gum health. Its guiding vision is “periodontal health for a better life.”

Founded in 1991, the EFP is a federation of 37 national periodontal societies that represents more than 16,000 periodontists, dentists, researchers, and oral-health professionals from Europe and around the world. It supports evidence-based science in periodontal and oral health, and it promotes events and campaigns aimed at both professionals and the public.

The EFP organises EuroPerio, the world’s leading congress in periodontology and implant dentistry, as well as other important professional and expert events such as Perio Master Clinic and Perio Workshop. The annual Gum Health Day on May 12, organised by the EFP and its member societies, brings key messages on gum health to millions of people across the world.

The EFP also organises workshops and outreach campaigns with its partners: projects to date have covered the relationship between periodontal disease and diabetes, cardiovascular disease, and caries, as well as women’s oral health during pregnancy.

The EFP’s Journal of Clinical Periodontology is the most authoritative scientific publication in this field. The federation also publishes JCP Digest, a monthly digest of research, and the Perio Insight magazine, which features experts‘ views and debates.

The EFP’s work in education is also highly significant, notably its accreditation programme for postgraduate education in periodontology and implant dentistry.

The EFP has no professional or commercial agenda. 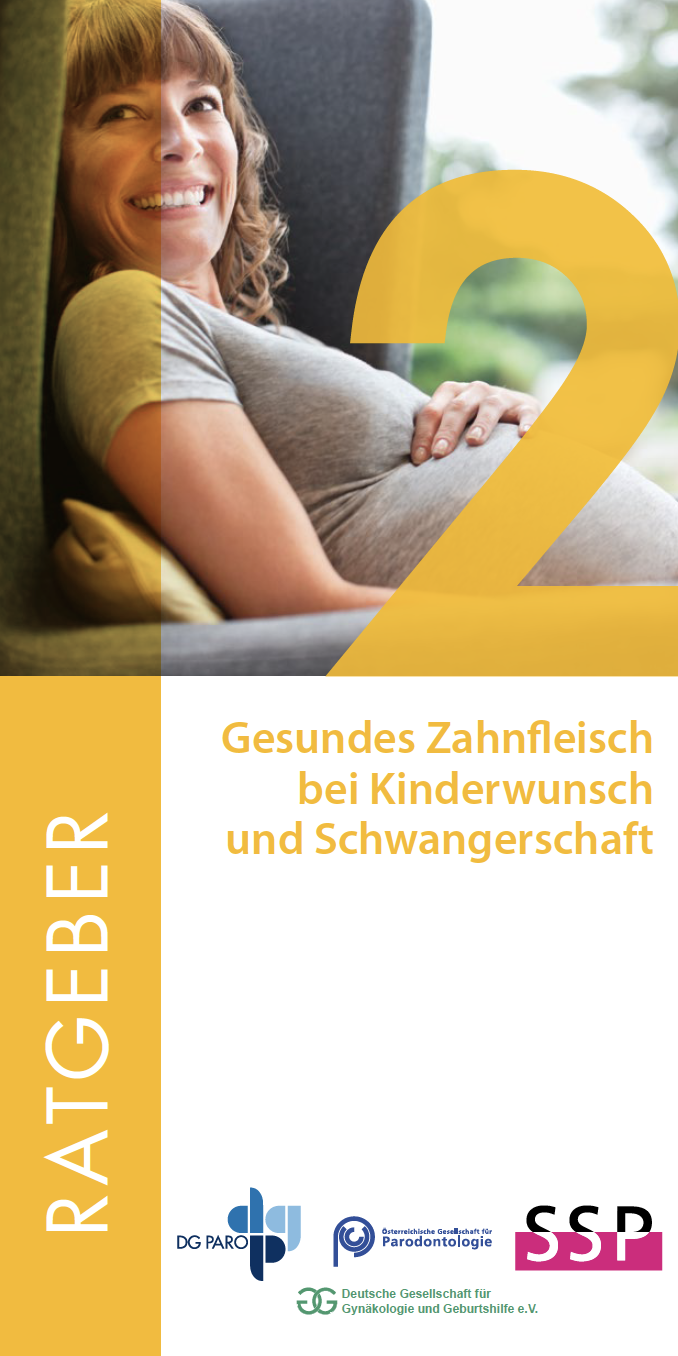 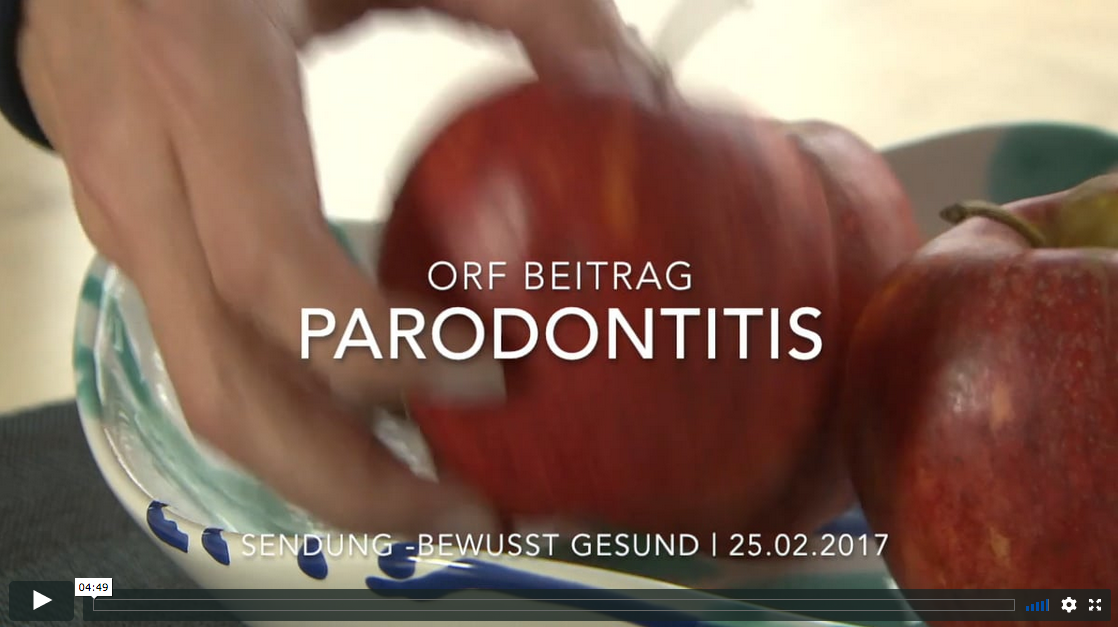